Atlantans who don’t understand good urbanism are speaking up at public meetings and having an impact on how the city gets built. That means our urbanism advocacy has to be more than online posts & petitions.

Thomas Wheatley’s piece about the importance of local and state political engagement is incredible and everyone should go read it right now. And if you’ve already done so, maybe read it again! Here it is:
Stand up, don’t give up: Call, march, and give to make a difference

For advocates of good urbanism, there’s some great inspiration and advice to be drawn from it. Here’s a sample…

Social media is great for organizing, but it’s probably not going to get their attention. Call. Use your voice. That’s what the other side is doing…Build coalitions on the community level and strengthen the place you call home. You would be surprised how few people attend local meetings yet how much of an impact they can make.

I’m certainly no expert on advocacy. But in the experience I have had, this rings very true. Internet-based advocacy — such as signing online petitions and tagging local leaders in social media posts — can be a good companion piece to an advocacy effort. It has value. But the more crucial part of that effort will always be communicating directly with your leaders, whether that’s face to face, or through a phone call, or through a thoughtful email exchange.

Voices opposing good urbanism are being heard by our leaders

Understand this: Atlantans who don’t understand or who simply oppose principles of good urbanism are showing up at meetings and contacting council members and the mayor’s office. And sometimes, as Wheatley points out, it’s only a handful of people showing up to a public meeting — opposing infill density or speaking out against bike lanes or bus stops — who make a big difference in how our city gets built. Seriously, this happens A LOT. 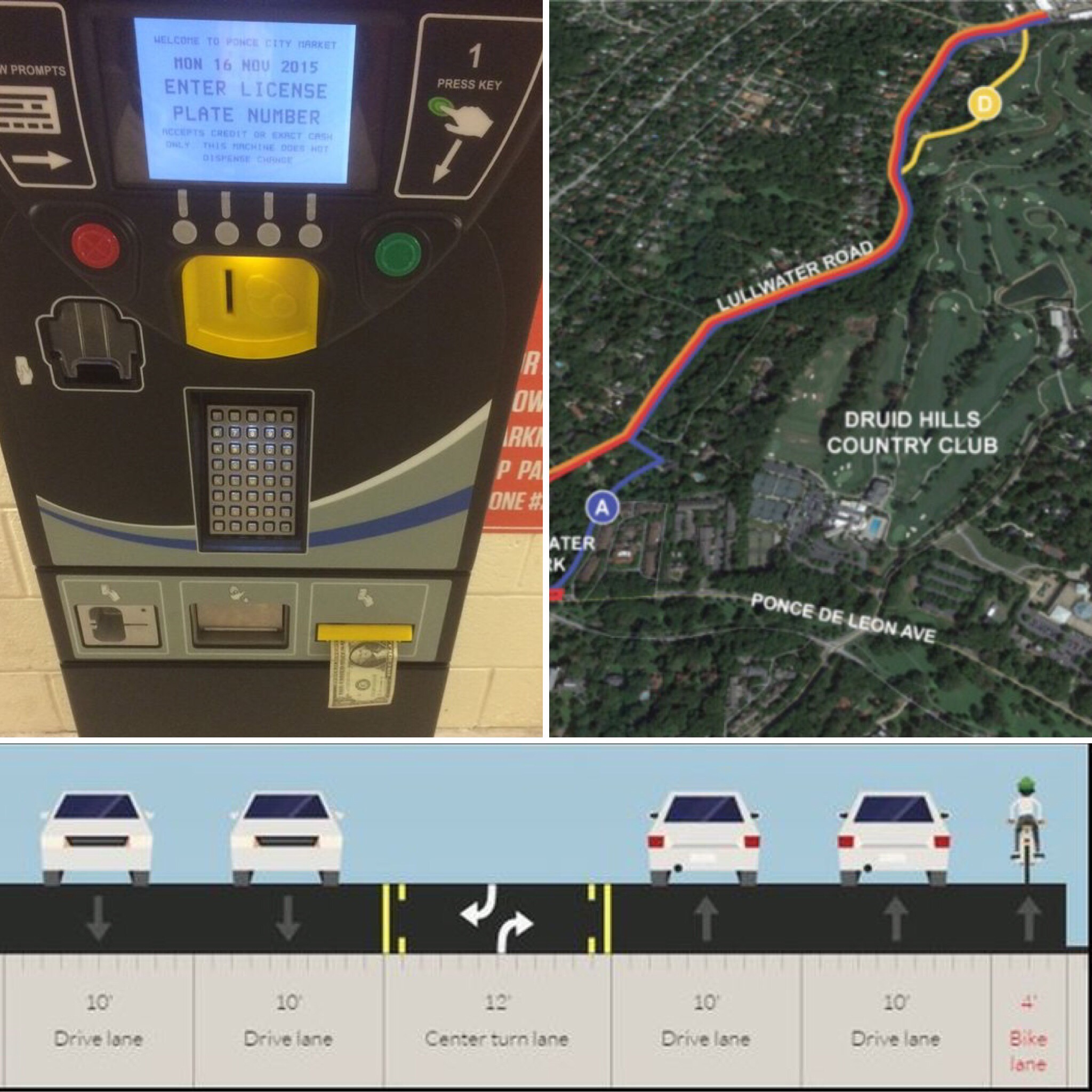 Residents voice opposition to bike lanes on Peachtree Road (2015)
A potential bike line on Peachtree was shot down after Buckhead residents complained to leaders that they didn’t want to give up any space for cars in the right-of-way of the road.

Some drivers upset over changes to Atlanta’s Decatur Street (2014)
Car commuters who make the drive from the east side into Downtown have been very vocal about their opposition to the addition of what is — at least for now — a short stretch of bike lane, which affected car lanes.

Ponce City Market trashes Atlantans’ God-given right to free parking (2015)
When PCM opened, Atlantans were shocked — SHOCKED — to find out that parking wasn’t free. The expectation of plentiful, free parking is big in this city and it’s going to take a while to overcome. Luckily, PCM hasn’t budged.

There are MANY more examples of pushback on lots of different aspects of urbanism (often involving parking, where residents fear their streetside spaces are in jeopardy unless businesses provide lots of off-street parking) that just haven’t been written up in the press. But it’s happening, and the messages are affecting how leaders decide matters that affect the built environment.

I don’t mean to turn this into an “us versus them” battle, because it’s important for urbanism advocates to be sympathetic to residents’ concerns (which are all coming from very valid fears and goals they have) while also informing them about the common sense behind good urbanism. That’s why we’ve put a list of the basic principles of good urbanism on the website. It helps to have something that’s simple, short, and in plain language that advocates can refer to.

But it’s also important for leaders to hear our voices directly, so that they understand that concerns about adequate parking and level-of-service for car traffic are not the only ones out there.

About the Author: Darin Givens

Co-founder and board member of ThreadATL. You can follow me on Instagram at @atlurbanist or on Tumblr at atlantathecity.tumblr.com.

ThreadATL is a non-profit that aims to influence Atlanta’s planning and design decisions toward a greater focus on good urbanism. Read More